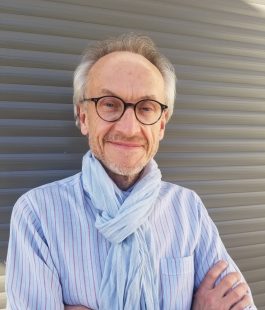 Andrew Jefford, Columnist at Decanter and World of Fine Wine Magazine and Academic Advisor to the Wine Scholar Guild
Returning Keynote Speaker of the i4C22 School of Cool and Moderator of Redefining Cool

The son of a vicar and eldest of three brothers, Andrew Jefford grew up in Norfolk, UK. He studied English at the University of Reading and pursued post-graduate studies under Malcolm Bradbury at the University of East Anglia before working as a publishing editor.  Since becoming a wine writer in 1988, he has written for many British newspapers, including The Evening Standard (for ten years), The Financial Times, The Guardian and The Times; he is today Contributing Editor and a regular columnist for both Decanter and The World of Fine Wine, as well as Academic Advisor to the Wine Scholar Guild.  He is one of four Co-Chairs for the London-based Decanter World Wine Awards, the largest global wine competition; he is also Jury Chair of the Saperavi International wine competition, held biannually in Tblisi, Georgia, and helps judge the Latvian Wine of the Year competition held annually in Riga.  He has also broadcast extensively on wine, tea and other subjects for BBC Radio in the UK.  He leads study tours in France for the Wine Scholar Guild, and lectures on wine globally.

He has written twelve books and guides including The New France and Peat Smoke and Spirit (about the island of Islay), which has been republished (after 16 reprints) as Whisky Island in May 2019.  Autumn 2008 saw the publication of the first edition of Andrew Jefford’s Wine Course; the second edition was published in 2017.  A book-length collection of his writings on wine (and tea), Drinking with the Valkyries, will be published in September 2022.  He spent 15 months in Australia between 2009 and 2010 (during which he was Wine Writer in Residence to the Wine 2030 Research Network and a Senior Research Fellow at Adelaide University), and since then has lived with his family in Languedoc, France.  His poetry has been published in The Spectator and The Independent, as well as via his twitter account @andrewcjefford.  He enjoys family time, running, walking, music and thinking.