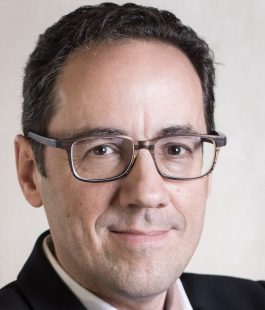 François Chartier has been on an aromatic quest since the late 1980s to understand the impact of aromas in our daily lives, more specifically in the world of gastronomy, wine and beverages. The Quebec native has been living in Barcelona since 2016, with his wife and partner, sommelière Isabelle Moren, with who he has opened in 2021 Chartier World LAB. A sommelier, cook, columnist, author, researcher, consultant, trainer and lecturer, he has had a unique and brilliant career.

His exceptional track record places him in a class of his own, as no international gastronomy professional has ever achieved what this creator of harmonies has achieved to date: winner of the prestigious title of Best Sommelier in the World (Sopexa Grand Prix 1994 in french wine and spirit), he also won the prize for Best Cookbook in the World, twice, in 2010 in Paris (with the book Taste buds and Molecules) and 2016 in China (with L’Essentiel de Chartier), and Best Wine and Food Pairing Book in the World, in 2013 in Paris (with Papilles pour Tous!).

His passion led him to follow his own path by bypassing some of the rules of his profession. In 2004, he literally created a new science: that of “Molecular Harmonies”, based on the potential for aromatic synergy between foods – which has redefined haute cuisine –, as well as between foods, wines and different beverages. In doing so, he successfully explained and deepened the impact of aromas on the world’s gastronomic heritage, as well as the harmony between food and wine and other drinks such as sake and beer.

Since then, he has never stopped developing his aromatic science and is considered a world expert in aromas. Famous American wine critic Robert M. Parker Jr. describes François Chartier as “a pure genius”. At the same time, renowned chef Ferran Adrià of elBulli (named the world’s best restaurant five times) calls him “the number one flavor expert”.

Today, François Chartier is an advisor on the research committee for the new SONY AI Gastronomy project in Tokyo, and “Master Blender” at one of the country’s oldest sake breweries, Tanaka 1789; his first sake Tanaka 1789 X Chartier was launched worldwide in the September of 2020.