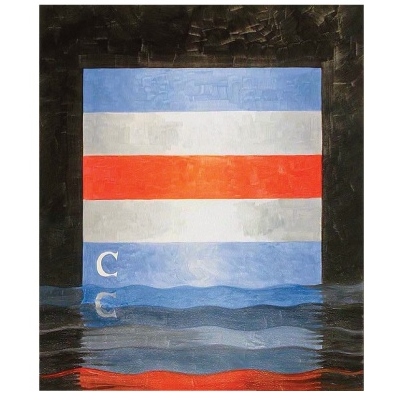 Until the 1990s Prince Edward County was best known as an important fruit and vegetable-growing region. Closson Chase was just a bold idea when a group of intrepid wine industry pioneers rediscovered the region.

After two years spent analyzing County soils, celebrated winemaker Deborah Paskus settled on a plot of land at the intersection of Closson and Chase Roads in Hillier Township. She fell in love with an old dairy farm owned by early Prince Edward County settlers, the Clossons. The site, approximately five kilometres inshore from Lake Ontario has a perfect six degree southern slope, good drainage and gravelly calcareous soil on a limestone base; ideal for cool climate chardonnay.

In 2015, after working with Deborah for many years Keith Tyers took the lead as Winemaker of Closson Chase moving the winery in a new and exciting direction.

Firmly believing the crucial work is done in the vineyard to produce exceptional wine, Keith has carried on the traditions of high density planting, careful canopy management, low yields, maintaining the vines through all stages of growth including burying the canes and pruning the vines during the dormant season.

It is Keith’s philosophy that careful cultivation of the land, vines and fruit will create the purest expression of place.

This year marks the 20th anniversary of Closson Chase Vineyards.

After ten years in the hospitality business, the desire to have grapevines as neighbours motivated Keith to move to Prince Edward County in 2003.

Working his first summer as a vineyard labourer at Closson Chase Vineyards, Keith was introduced to the budding wine industry in Prince Edward County. With his knowledge as a Sommelier and a thirst to learn more about viticulture, Keith dove headfirst in 2004, working the vineyard and becoming the assistant winemaker under Deborah Paskus until 2009. A step away from Closson Chase allowed Keith to gain more knowledge. He embraced the opportunity to work alongside Ron Sparanzini at Oak Heights while helping others grow grapes in The County. His desire to work with friends in a place he calls home led Keith to return to Closson Chase in 2012, where he was subsequently promoted to winemaker in 2015.

Working in the vines has cultivated an insight into the place, soils & climates that make up the three vineyards at the Closson Chase estate allowing the wines created to reflect the terroir from where the grapes are grown. The mission of delivering this unique place from grapevine to glass is the driving force behind all the wines Keith crafts.

"My hope is that when someone opens a bottle of Closson Chase wine, they enjoy the uniqueness of the wine and my interpretation of our place." Keith Tyers

Specifically, the Hillier clay loam at Closson Chase is well to moderately draining, with a shallow layer of top soil consisting of organic matter and crumbled limestone rubble situated on an under-structure of fractured limestone plates. The soil retains moisture within its depths which encourages deep root penetration of the vine.

The fractured limestone plates also facilitate root penetration. The calcareous nature of the soil, created from millennia of crustacean deposits, has a high pH – 7.9 to 8.1 – an ideal environment for grape vine roots, while the reflective pale gray rubble supports production of fruit colour and ripening.

The climate of Prince Edward County, virtually an island, is greatly moderated by Lake Ontario. This massive body of water allows Southern Ontario to grow its fruits.

Closson Chase Vineyard experiences a fast start in the spring, with higher risk of spring frost, but full ripening before the shorter, cooler fall season. Closson Chase’s south facing slope adds to the early warming ability of the site, as well as aiding in water drainage and airflow. Both Chardonnay and Pinot Noir break bud early and require one of the shortest growing seasons of all vinifera wine grapes to fully ripen. The nature of the soil, the site and the nature of the varietals are perfectly married, giving Closson Chase the opportunity to achieve world class wines.