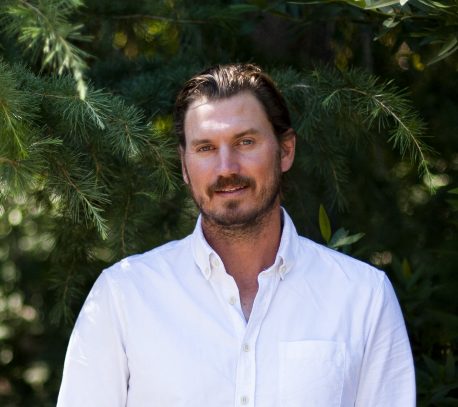 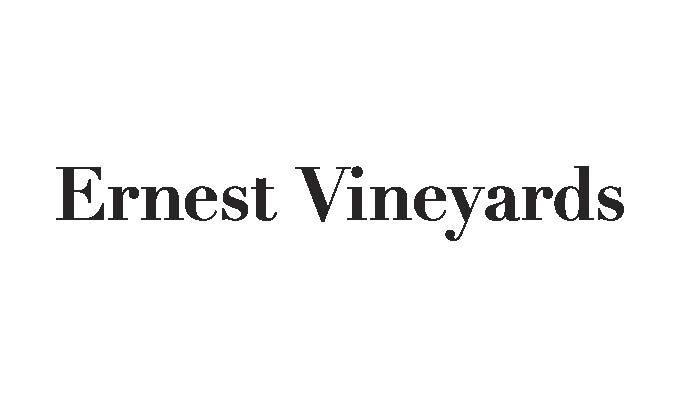 Erin Brooks and Todd Gottula founded Ernest Vineyards in 2012 to craft wines of integrity and restraint from the far reaches of West Sonoma Coast.
Ernest focuses on cool-climate, marine-influenced and undiscovered vineyards and produces small-lot wines that offer a sense of place in Chardonnay and Pinot Noir.
In 2018, Joseph Ryan joined as Winemaker bringing focus and finesse to the low-intervention method and style of Ernest wines.
Current production is approximately 6,000 cases annually.

Ernest winemaker and vineyard manager Joseph Ryan always has understood the agrarian lifestyle.
He grew up on a farm in Iowa. He knew about land stewardship before he learned algebra. With this experience came the awareness that great product begins with careful, conscious work in the soil. This is the foundation for Joe’s approach to vineyard management.
Joseph carries this perspective into the winery, where he applies minimal intervention to his winemaking. Over the last decade he refined these techniques as assistant winegrower at Porter Creek, a family-run estate in the Russian River Valley.
He also worked as director of grower relations for Flowers Winery. This experience on both sides of the bottle gives Joe the mentality of a European vigneron.
The road to wine was circuitous for Joseph. He went to a theater conservatory in New York and discovered wine while working in restaurants during that time. Looking back, Joseph credits a handful of sommeliers with opening his eyes to his true passion in life. We’re glad they did.

"I love it because it’s the most dynamic expression of the grape. Chardonnay can handle a wide array of growing conditions but when it’s allowed to slowly develop, it’s capable of being one of the most complex wines there is." Joseph Ryan

We are excited to bring the story of cool-climate wines from the far western reaches of the Sonoma Coast - where the Pacific at a constant 50 degrees F makes our grape growing extreme and the minimal yields positively special. We believe in an alternate story for California Chardonnay and Pinot Noir.
The hamlet of Freestone (38.3724° N, 122.9156° W) sits just 7 miles from the Pacific, it is one of the coldest areas in all of the west Sonoma Coast with the marine layer lingering well into mid-day and returning late afternoon. This cool, maritime influence prevents extreme seasonal and diurnal weather spikes and troughs while moderating temperatures and balancing humidity. This cool, maritime climate is unique in the world since most maritime climates are warmer and most continental climates extreme seasonal changes.
The extremely cool climate allows for extended hang time before harvest delivering deep complexity while preserving bright acidity. Balanced ripening is achieved with wet winters and constantly mild temperatures in the growing season.
Wilson Grove Formation (Gold Ridge), a fine grained, shallow marine sandstone, scraped up during subduction often covers the top of the Sonoma coastal ridges and is the primary soil type in the lower elevations of the southern West Sonoma Coast, where Freestone sits.
Ernest’s winemaking style is low-intervention with a focus on delivering the purest expression of the vineyard sites. All natural primary and malolactic fermentations with no additions. We do not filter or fine our wines and bottle with a minimal amount of sulfur. Our elevage incorporates over 80% large format French Oak puncheons that minimize distracting influence while providing architecture over approximately 16 months before bottling.