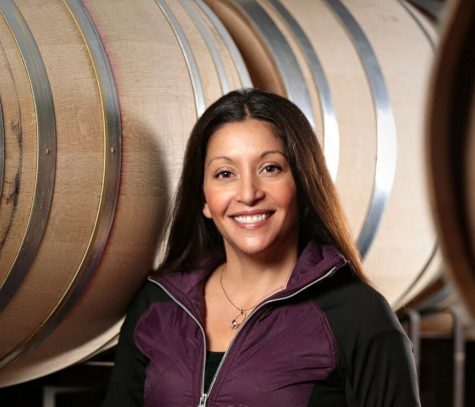 Gary Farrell Vineyards & Winery
Russian River Valley, Sonoma County, California
Gary Farrell Winery is widely acclaimed for its vibrant, seductive wines that are defining a new generation in California winemaking with their captivating complexity, textural richness and impeccable balance.
Drawing on four decades of achievement in the Russian River Valley, unparalleled access to some of the finest vineyards in the region, and the innovative craftsmanship of star winemaker Theresa Heredia, Gary Farrell Winery is uniquely positioned in today’s marketplace.
Theresa practices site-specific winemaking, a thoughtful approach that seeks to capture a sense of place in the wines, giving each vineyard a voice to express its unique interaction of soil, vine, climate, and farming. She works closely with an all-star lineup of vineyards that are prized for their exceptional fruit, including Rochioli, Allen, Bacigalupi, Hallberg, Ritchie, Durell and Gap’s Crown. This combination of meticulous winemaking and top-quality vineyards has resulted in annual, superlative accolades for Gary Farrell Winery.

Theresa Heredia brings extensive experience with cool-climate Pinot Noir and Chardonnay as well as small lot, single-vineyard wines, to her position as Director of Winemaking for Gary Farrell Winery. She specializes in Pinot Noir and Chardonnay from some of the top vineyard sites in the Russian River Valley and Sonoma Coast and is guiding the evolution of the Gary Farrell Winery house style while maintaining the signature elegance, balance and bright natural acidity.

Theresa joined Gary Farrell Winery in 2012 and was previously at Joseph Phelps’ Freestone Vineyards on the Sonoma Coast, where her Pinot Noir and Chardonnay brought the winery significant critical acclaim. She made the first vintage of Freestone wines in 2002 when it was still an experimental project at Phelps, and she later moved to the Sonoma Coast to open the new Freestone winery in 2007. In early 2012 she was named “Winemaker to Watch” by the San Francisco Chronicle, reflecting her interest in wines that offer a pure expression of their vineyard site and her willingness to experiment with different winemaking techniques.

Theresa has a hands-on, Burgundian perspective with her winemaking, having worked in France at Domaine de Montille. She trained with renowned winemaker Craig Williams at Freestone and at Joseph Phelps Vineyards in the Napa Valley, after starting her career as an enologist for Saintsbury. Theresa was a Ph.D. candidate in chemistry with an emphasis on enology at U.C. Davis, before leaving to follow her calling as a hands-on winemaker. She has a bachelor’s degree in biochemistry from Cal Poly, San Luis Obispo.

What is it about the Russian River Valley that speaks to you as a winemaker/vintner?
The weather during fruit ripening is generally sunny and warm during the day, but cool and foggy at night and into the early morning hours, which allows the fruit to develop intensity and concentration, while retaining acidity. The Russian River itself acts as a conveyor belt, pulling the fog from the Pacific ocean through the vineyards, chilling down the grapes after warm sunny days. This diurnal fluctuation allows winemakers the opportunity to pick early with the goal of capturing purity and natural acidity, while also achieving desired hang-time for optimal flavor development.

What are the qualities that define a Russian River Valley Chardonnay?
Chardonnays from the Russian River Valley are deliciously lemony, with fresh, bright natural acidity and distinct minerality. They are complex, yet eminently drinkable and food-friendly. The reasons for this are primarily due to the unique climate. The diurnal fluctuation creates wines with vibrant aromatics, intense fruit flavors and an incredible expression of site specificity.

“My approach to winemaking is very much about taking advantage of specific vineyard and fruit qualities,” says Theresa. “I like to tailor the winemaking techniques specifically to each block of fruit that we receive separately. My job is to treat it as gently as possible so that we end up with a balanced wine.” Our focus on earlier harvesting, moderate new oak and fresh acidity, leads to Chardonnays with captivating complexity, textural richness and impeccable balance.