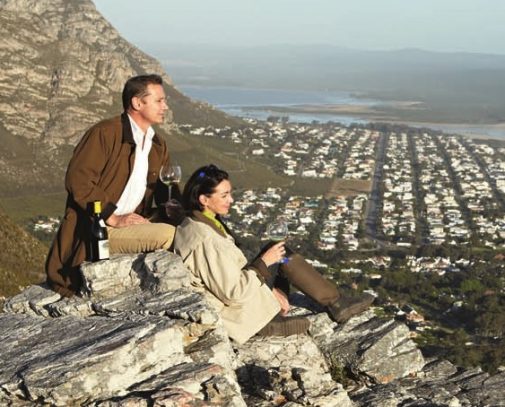 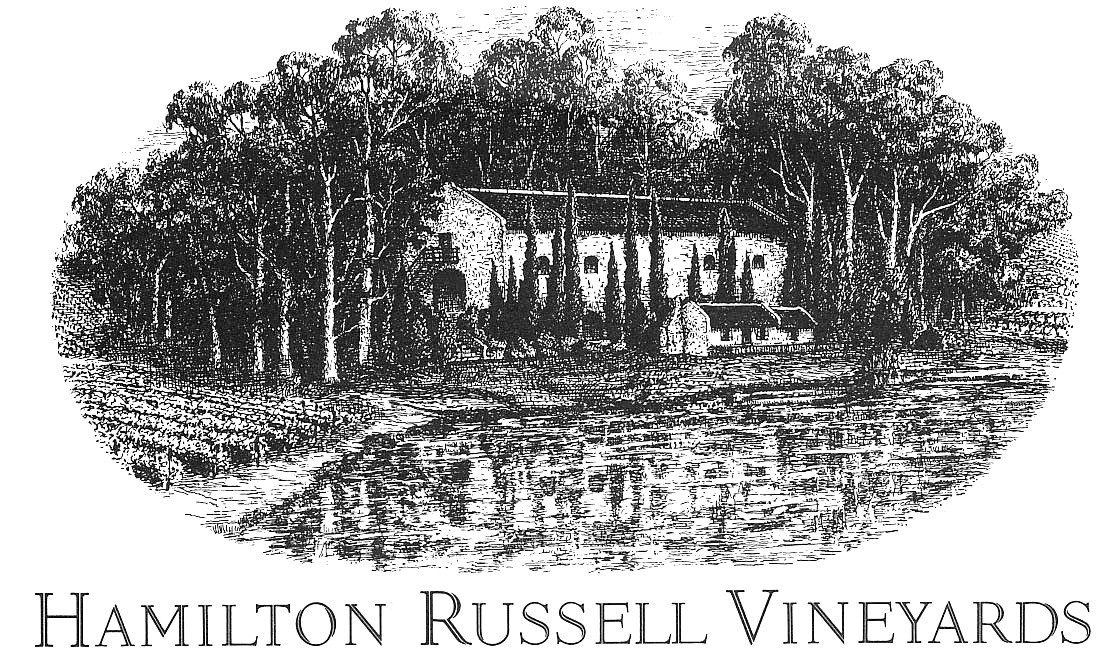 Hamilton Russell Vineyards – one of the most southerly wine Estates in Africa and one of the closest to the sea – pioneered viticulture and winemaking in the beautiful, cool, maritime Hemel-en-Aarde Valley appellation, just behind the old fishing village of Hermanus. The Estate specializes in producing highly individual, terroir driven Pinot noir and Chardonnay, which are widely regarded as the best in South Africa and among the finest in the New World.

Owner, Anthony Hamilton Russell took over from the founder, Tim Hamilton Russell, in 1991, and bought the property from the family in 1994. Tim originally purchased the undeveloped 170 hectare property in 1975, after an exhaustive search for the most southerly site on which to make South Africa’s top cool climate wines from a selection of noble varieties. Anthony narrowed their focus to Pinot noir and Chardonnay only and registered Hamilton Russell Vineyards as an Estate, committing to work only with grapes from their terroir. Extensive soil research initiated in 1994 identified 52 hectares of stony, clay-rich, shale-derived soil as optimal for the individual, origin expressive style they aim for and all plantings have now been limited to this soil type.

Anthony Hamilton Russell was born in Cape Town, South Africa in 1962, married to Olive and has four daughters. Schooled in Johannesburg and Cape Town, he completed a BSc in Biological Sciences at Wits University (Johannesburg), followed by an MA in Geography at Oxford University. He then worked as a financial analyst in Corporate Finance for Morgan Stanley International, London for two years prior to completing an MBA at Wharton where he graduated on the Dean’s list. Following this, he worked in London for the management consulting firm Bain and Company.

In 1991, with the likelihood of positive political change in South Africa, Anthony returned to take over the family farm, which he subsequently purchased from the family in 1994. He focused this property on Pinot Noir and Chardonnay alone and has devoted the last 20 years to building an international reputation for these two Estate grown wines as being among the most classically styled examples from the New World. Keen to work with South Africa’s unique red variety, Pinotage, Anthony founded Southern Right as a separate property in 1994 to specialize in the variety. In 1996, he founded Ashbourne as a Pinotage blend specialist. Properties were acquired on the eastern and western borders of Hamilton Russell Vineyards for these ventures.

A passionate advocate of expressing origin – and soil structure in particular – in wines and of aiming for more “classic” styling. He is also a strong believer in the importance of developing a clearer wine style identity for South Africa’s top appellations. Anthony has formally judged wines in South Africa, Argentina and Hong Kong. He has spoken at the MW symposium in Perth and has hosted a Cool Climate symposium for the MW’s in South Africa. He has been a wine panelist at conferences in Chile, Switzerland, Australia, the UK, USA and South Africa. Anthony is a Commandeur de Bordeaux (South African Chapter) and Chevalier du Tastevin.

"I love cool climate Chardonnay for its nervous intensity and complexity without ponderous weight. A dry tension and minerality, with a lively acidity makes for a far better food companion than a plump, round, weighty sweetness." – Anthony Hamilton Russell

Olive Hamilton Russell grew up on a farm outside the town of Ermelo in Mpumalanga in the north of South Africa, which has been in her family for almost 200 years. She developed an early interest in food around the traditional family recipes based on the produce of the property.

After majoring in Food Science and Nutrition at the University of Stellenbosch, she worked in the food department at Harvey Nichols in London (her responsibilities included personal food shopping for some interesting celebrities!). She followed this as a trainee in food-product development at Woolworths in Cape Town. This led indirectly to a senior job in international home-ware buying for a small entrepreneurial company in Cape Town, with inevitable regular business travel to Europe and Asia.

Fate (and love) led to her marriage to Cape wine estate owner Anthony Hamilton Russell in 2004. Her role as "farmer's wife” resulted, as one would expect, in a deepening involvement in the wine business along with the prolific travel and entertaining that comes with the lifestyle.

Olive's passions include: entertaining friends at home; long foraging walks on the farm with Anthony and their pack of 5 dogs, her and Anthony’s early morning horseback rides through the vineyards, painting with natural pigments from the property; and food discoveries from the numerous international destinations her and her husband's business takes them.

Olive is currently completing her DipWSET.

Hamilton Russell Vineyards at 34 degrees, 23 minutes South, is very close to being as far South as you can get in Africa. At 1.5 kilometres from the sea at the closest point, the property is about as close to the sea as you can get in South Africa without planting in disadvantageous soils. Proximity to the South Atlantic Ocean, with the cold Benguela current which flows up the Southwest coast of South Africa from Antarctica, is the principal cooling influence in the vineyard. The altitude - at highest 300 meters above sea level, and at lowest 30 meters above sea level, does not contribute significantly to cooling. The estate is advantageously situated in the direct path of the prevailing summer wind - the Southeaster - off the cool Walker Bay.

If it is maximum temperatures in the build-up to harvest and during harvest that have the most potential for reducing acidity, raising pH and creating wines with less finesse and fine fruit, then the strong marine influence of the nearby Walker Bay is extremely beneficial to Hamilton Russell Vineyards. If the average maximum temperatures for the crucial 4 hottest months, Dec, Jan, Feb, Mar are taken, the estate's long-term average is 25 Centigrade. This same average for the equivalent months in Burgundy, Jun, Jul, Aug, Sep, is 24.77 Centigrade.

Soil research conducted in the early 1990's indicated that the most significant influence on the style of Hamilton Russell Vineyards Chardonnay - and its uncanny resemblance to Burgundy - is the extremely high clay content of its Shale-derived soils. At 35% to 55% clay, the clay contents approximate those of the Cote de Nuits. Chardonnay planted on very low clay-content Sandstone-derived soils on the same property, is fundamentally different and much more "New World" in style (rounder, sweeter, more tropical. less tight and mineral). Unlike Burgundy, there is no limestone in the clay and regular applications of small amounts of lime are necessary to keep an optimal soil pH.

The 18 individual Chardonnay vineyards on the estate's 52 hectares of clay-rich soil are largely orientated North to Northeast - equivalent to South to Southeast in the Northern Hemisphere. This is an advantageous orientation for early cooler sunlight and a little less warm later sunlight.

A combination of moderate temperatures, low vigour, fairly marginal soils and older more marginal vines for South Africa, enable phenolic ripeness at around 13% Alcohol. This is unusual for South Africa and much of the New World. It has also resulted in naturally tiny yields, which average around 25 Hl/Ha.

Winemaking is very close to that in Burgundy, with the difference of including a small percentage of tank fermented Chardonnay and stoneware amphorae fermented Chardonnay in the otherwise barrel fermented wine. Wooding is also a little shorter at 9 months in 228 litre tight grained French oak barrels - 1/3 new, 1/3 second fill and 1/3 third fill. A mix of medium, medium-light and blonde toast barrels - almost entirely from Francois Freres - is used. Depending on the wine analysis and vintage, between 60% and 80% of the wine will go through malolactic fermentation.

A mix of natural and cultured yeasts is used - up to six different yeasts, for different characteristics. A proprietary yeast endemic to the property and found in 1993 is used for a significant percentage of the final wine.