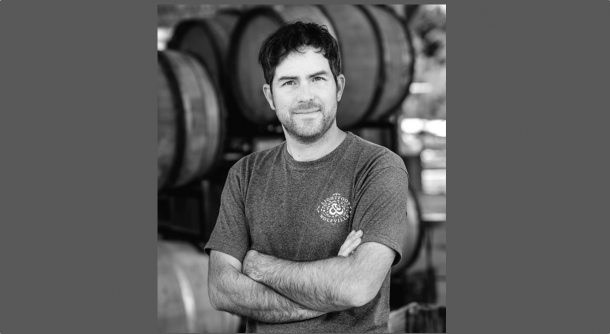 Lightfoot & Wolfville Vineyards is a family-owned and operated estate winery and biodynamic farm located in the heart of Nova Scotia’s Annapolis Valley. With close proximity to the Bay of Fundy and the world’s highest tides, coastal breezes and excellent temperature moderation help create wines with great distinction.

The focus is on cool-climate wines rooted in a strong sense of place including traditional method sparklings, Chardonnay, Pinot Noir and aromatic whites such as Riesling.

Josh Horton – Head Winemaker - Josh, a native Nova Scotian, grew up mere steps from Lightfoot & Wolfville’s Oak Island Vineyard in Avonport. Agriculture is in Josh’s blood and has shaped his life tremendously. Several summers spent in the family garden and on his Grandfather’s farm gave him the foundations for an early career in horticulture and later viticulture.
After seven years in the landscaping industry, he helped the Lightfoots plant their first vineyard in 2009. Shortly thereafter, with a burgeoning passion for a career in grapes and wine, Josh completed the Winery & Viticulture Technician program at Niagara College.

The Chardonnay program at Lightfoot & Wolfville is entirely rooted in a well evolved recognition of the Annapolis Valley’s tremendous potential for the production of classic, cool climate wines. The region’s first generation accolades have been garnered by the creation of very fine method traditionelle sparkling wines and, particularly in the cooler vintages, they possess a finesse, and a brilliance and clarity of flavour, that can only be achieved in very cool climate regions.

At Lightfoot & Wolfville we’re continuing that tradition with the production of a line of classic method sparklings that includes a 100% Chardonnay Blanc de Blancs. But additionally, on two specific vineyards that capture the warming influences that moderate the hilly slopes on the edge of the minas basin, we’re passionate about making great chardonnay (and pinot noir) inspired by the Burgundian paradigm. With heat units that can edge up to the historic range of Chablis and the Cote D’or, we’ve developed viticultural practices - - biodynamic and organic - - that optimize the flavour development in our finest, low-cropped blocks of chardonnay. Excellent exposure, particularly fine soil drainage and incessant saltwater breezes combine with natural airflow to create conditions that are remarkably conducive to the growing of vibrant, distinctive and full-flavoured Chardonnay grapes.

With guidance from international winemaking consultant Peter Gamble, our winemaking team then employs a traditional Burgundian winemaking regimen. Hand-harvested grapes of balanced ripeness are whole-cluster pressed and proceed to indigenous barrel fermentations in fine French oak, with primaries often extending through the winter and malolactic fermentations that can continue through the next harvest. Every effort is taken to ensure that the resulting wines show the traits of their particular terroir; just as over-ripening is shunned, so too is over-handling and over-oaking. Time in the cellar, resting on fine lees, is fundamental to attaining depth and finesse, but only a small percentage of our barrel stock is new wood.