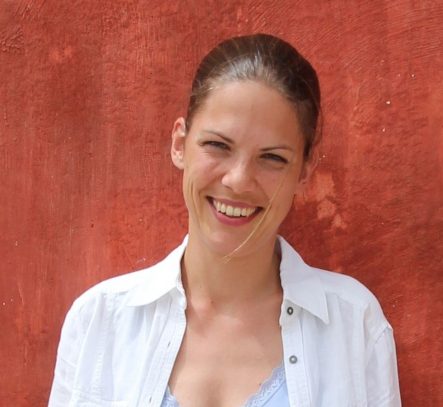 Planeta is a producer of wine, the heritage of seventeen generations. An extensive voyage through time but also through Sicily – a true continent of wine – and present in five of its most representative regions: Menfi, Vittoria, Noto, Etna and Capo Milazzo. In each of them Planeta has carried out careful research, ranging from the adaptability of international grape varieties to indigenous vines, including some historic varieties.

The production of IGP olive oil, the development of hospitality and cultural ventures have been added to their activities in the field of viticulture; a veritable mosaic of projects devised to enliven ‘the Sicilian experience’. Ethical means of production and respect for the environment, the countryside and the culture of each area, including sustainable and lasting methods of agriculture, with wineries completely integrated within the landscape are the values which guide the company’s activities.

Patricia Tóth was born in Hungary where she grew up in her family home in the countryside. She received a degree in 2004 at the University of Corvinus in Budapest in Food Science specializing in wine, beer and spirits.
Having a particular love for grapes she began to work as a winemaker: in her working experience there are various known wine cellars such as Le Vigne di Zamò Friuli, Bava in Piemonte and Vylyan in Hungary.

Since 2005 she has collaborated with Planeta first responsible for the production in Noto, after in Vittoria, later managing the setup of the estate in Capo Milazzo and also actually, on the Etna. Responsible for the sustainable farming program, and part of the Business Intelligence team.
In between time Patricia produces grapes in a 4 hectare vineyard near Lake Balaton, in Hungary.

Planeta family's winemaking story started, and walks hand in hand with the Chardonnay's in Sicily. The biggest island in the middle of the Mediterranean sea, Sicily has temperate climate, with contiguous natural air movement, and extremely diversified geographical conformation, which factors are already providing numerous sites for keeping on the cool side our grapes.

Ulmo and Maroccoli, amongst our first vineyards, around where we grow the Chardonnay and Cabernet Franc grapes, have three plus factors to provide the freshness, being situated on, and above a lakeshore, being protected from an eventual sirocco effect from the seaside, and being situated between 250 and 500 meters asl.

Within the 35 years of experience from the first plantations we’ve managed to fine tune the vineyard cycle in a way to harvest great crispy grapes, improving every year on the canopy and cover crop management. In the last decades we are also observing a significant rise of the rain averages, which gave a shift to the weather conditions, moving towards the western direction.