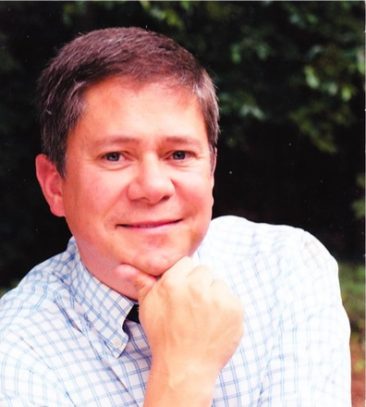 The story of Santa Ema dates back to the beginning of the 20th century, when Pedro Pavone Voglino, an Italian immigrant and grape farmer, discovered the great terroir of Maipo Valley,
Chile in 1917. Don Pedro and his son, Felix Pavone Arbea, planted vineyards and officially began winemaking as Vinos Santa Ema in 1956.

Today in the stewardship of the 3rd & 4th generations of the Pavone Family the family has continued the winemaking tradition. They have established a 250-hectare viticultural ‘path’, featuring the best terroir from each zone of Maipo: Alto (Pirque mountain vineyards), Medio (Maipo river banks) and Leyda (Costa). Extensive and selective vineyard ownership allows for creativity and innovation in the vineyards and winery, while guaranteeing quality. The result is a collection of generous, elegant, regionally distinct wines that over deliver.

Jaime graduated with a Bachelor in Business Administration from the Universidad Central in Chile and began his career in 1988 in the yeast industry. After 9 years with the largest international yeast producer, Lessafre et Cie., he assumed the role of Export Director for Canepa Winery in 1997. Later, in 1999 he joined Morande Winery from Chile also as Export Director.

In 2001, Morande transferred him to the USA to open and head up the winery’s first commercial branch in North America. After serving 5 years as Morande USA’s CEO, he became a part of Ventisquero Winery once again assuming a lead role as North America Sales Director
headquartered in Atlanta, GA. He was also deeply involved in the creation and launching of “Root:1” in the USA and Canada. In October 2012, Mr. Merino joined the International Sales Team for Spanish producer Vicente Gandia Pla, the largest winery in the Valencia community. In 2015, he joined Chilean producer Vinos Santa Ema S.A. to lead their operations in North America.

Mr. Merino travels extensively in an ongoing quest to promote the wines of Santa Ema. His knowledge of the wine industry is only surpassed by his enthusiasm and passion for his work. His leadership and dedication have been instrumental in allowing the brands he
has represented to become one of the leaders in their categories in the US market.
Mr. Merino has 5 children between the ages of 15 and 24 years old.

Santa Ema’s Cool Climate Chardonnay Program is nested in the Coastal Portion of Maipo
Valley, officially known as Leyda Valley. Located on the western side of the Coastal range of
mountains in Chile and only 12 kilometers inland from the Pacific Ocean. Steep and gently
sloped rolling hills with 30% of inclination, the vineyard is planted in the northern bank of the
Maipo river and with an elevation of 200 meters above sea level. Blocks with different sun exposure due to their orientation east and west, allow good temperature accumulation.
The soil shows medium fertility, well drained, granitic and with a good amount of clay and a thick seashell layer under the surface. These characteristics will reflect on a strong and pleasant minerality found in the wines from Leyda.

A cool climate with maritime influence, resulting in slow-ripening of the grapes. Hot and dry summers with moderate rains in winter, total of 350mm of rain/year. A temperature gap of 12
Celsius between day and night and 60% of relative humidity. These conditions will allow us to produce a fresh, crisp and fruity wine being one of the perfect exponents of a Chilean Cool
Climate Chardonnay. A variety of flavors and aromatic attributes, not only because of the differences between the blocks, but also due to the clonal selection. We have a total of 10 hectares planted to Chardonnay, clones 4 and 5.