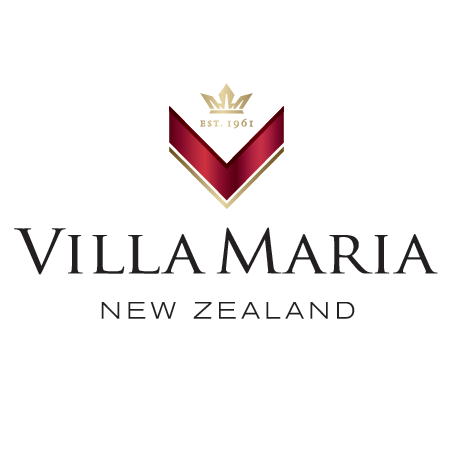 A leader in sustainability, innovation and quality, Villa Maria is recognised as an icon in the New Zealand wine industry. Truly exceptional wine made by passionate people encapsulates Villa Maria’s success story.

Proudly New Zealand and family owned Villa Maria has a genuine desire to operate in a way that ensures resources are protected for future generations. Great wine comes from a good relationship with the land so sustainable vineyard practices are an important part of how wines are made. For more than 50 years Villa Maria has been creating approachable and food friendly wines of exceptional quality from New Zealand’s best winegrowing regions.

Not bound by the confines of traditional winemaking, founder and owner Sir George Fistonich’s inquisitive and persuasive nature has always seen the company pushing boundaries. An innovative culture and fearless pursuit of excellence is the reason Villa Maria’s wines are now sought after in more than 60 countries worldwide.

Helen's passion for wine encouraged her decision to change her career path, completing her Bachelor of Viticulture and Oenology, as top female student, at Lincoln University, Christchurch New Zealand in 2005.
Helen joined Villa Maria’s Marlborough team in January 2014 and is excited to be working for such an iconic, well awarded, winemaking family that is focused on sustainability and environmental responsibility to ensure our future.
Helen has lived in Marlborough since 2006, working previously as a client winemaker in a large custom crush Sauvignon Blanc and Pinot Noir facility, and before this for a smaller well established family estate.
Helen has been involved in wine judging in the New Zealand wine show system since 2008, progressing from associate to senior judge in 2012. She has great enthusiasm for the wine industry, there's so much to learn and so many great people associated within it.
Helen is especially passionate about Marlborough, loves the outdoors, enjoying skiing in the winter, camping, hiking and boating in the summer at our bach in the Marlborough Sounds, as well as trying to keep fit running my two dogs, Rocco and Dita.

Marlborough sits on the eastern top of the South Island of New Zealand, surrounded by the inland Kaikoura Ranges to the south and the Richmond Ranges to the North. These rugged mountains, some reach 3000 m in elevation are responsible for New Zealand’s driest and sunniest climate. With its latitude of 42 it is aligned with Europe’s wine growing regions.

The Marlborough region is broadly speaking divided by 3 sub regions. The Wairau Valley; the Southern Valleys and the Awatere Valley.

The soils and meso climate of the Wairau Valley are diverse. Old, gravelly riverbed soils dominate. It covers a range of cool, dry inland sites and coastal regions moderated by sea- breezes.

The Southern Valleys sits on the foothills of the Wither hills range; soils contain more clay than the Wairau Valley. The climate becomes drier and cooler further south in to the Valleys.

The Awatere Valley is the coldest and driest of the three subregions and also the geographically most distinct one. It is lying south of the Wairau valley and stretching Inland from the sea. Cool, dry and windy, Villa Maria Vineyards range from sites at sea level to vineyards of 340 m in elevation, soils range from gravelly silt loams to wind- blown loess. Cold sea breezes are a constant and also a cold air flow from snow covered mountains influence the climate here.

Marlborough boasts about 2400 annual sunshine hours on average with an annual rainfall of 655 mm. The average daily maximum temperature during summer is around 23.8 degree Celsius, the average annual temperature is 13.1 degree C. The marked diurnal variation of temperature of at least 10 degree Celsius is a crucial climatic influence.

The Chardonnay Reserve and Cellar Selection Chardonnay is a blend of vineyards from the Awatere Valley and the Wairau Valley.

The Taylors pass vineyard located on the river of the Awatere Valley provides the crisp backbone of the Reserve Chardonnay. Grown on alluvial over clay soil terraces the vineyard has a notable river stones content that reflect sunlight and heat back in to the fruit zone.
The vineyards from the Wairau valley are close planted and low yielding on a mixture of gravel soils, silt loams and clay.

The Reserve Chardonnay is 100% hand picked and whole bunch pressed. Going to barrel with some solids influence the wine was then fermented with a mixture of indigenous and cultured yeasts in barrel. The wine was allowed to mature for 9 Month in oak on yeast lees while undergoing natural malolactic fermentation.

The Cellar Selection Chardonnay was fermented 100% in barrique, while 20% of which is from indigenous yeast strains. A mixture of 228 l and 500 l French oak vessels are used, the wine spent about 8 month maturing on its yeast in barrel while undergoing malolactic fermentation.