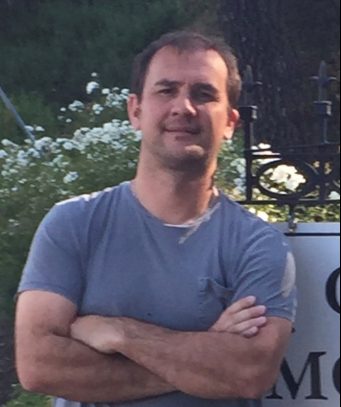 Since 1998, we have been creating ground-breaking wines. True to our philosophy of going “a step beyond”, we create modern, avant-garde, high-quality wines and we take care of the environment at each and every stage of our production process.

Family owned
Gonzalo Vial, is a self-made man whose success story began with a family chicken farm located in rural Rancagua at the year 1955. Inspired by his own passion for grapevines and his father’s love for the land and agriculture, Don Gonzalo brought a splendid dream to life; a dream that would transform the lives of so many others.

Sustainability
We work with a sustainable management plan in our vineyards so as to mitigate erosion, favouring organic products to control pests and diseases. We use controlled watering systems to save water.

Member of Chilean Winemakers Association since 2009.

In his early career, he harvested grapes in France, Spain, California, Argentina and Chile, which helped reinforce his ideas regarding the importance of the culture of wine and its identity, expressing its Cool Climate origin denomination.

Now he has the role in leading the subsidiary import company in the US and managing its Canadian partners from a base in Atlanta, USA.

Tara Chardonnay – Nicolasa Vineyard, Atacama Valley
13 hectares of vines located in the Atacama Desert, are drip-irrigated with water from the mountain reservoirs. Production averages 5,000 kg/Ha. The vines are trained along a VSP system.

Climate: Desert climate. Cool temperature, dry throughout the year. Very foggy during the mornings, with camancha (humid dense fog) and very sunny and windy during afternoons. Cloudy in winter and summer. The thermal range is low, with just 5°C to 6°C between the warmest and coolest months. This is influenced by the vineyard's proximity to the coast. In winter, the average minimum temperature is 12°C and the maximum is 16°C. In summer, the temperatures range between 10°C and 27°C.
Soils: Calcareous, chalky and saline soils form terraces of the Huasco River. There are different terraces of alluvial origin. The first has stony soils. The middle terrace has soils of marine origin with different levels of clay mixed with gravel. The upper area of the vineyard has soils of alluvial origin. The textures range from loam to loamy clay.

Rainfall: It generally does not rain. Some years there can be a total of between 15 and 40 mm

Location: This vineyard has a significant maritime influence because of its proximity to the coast and because it is on the southern banks of the River Huasco. Part of its geomorphology is influenced by the Huasco River, which passes through the northernmost edge of the property.

Grey Chardonnay – Tapihue Vineyard, Casablanca Valley
The property, located in Casablanca, one of Chile’s premium valleys for cool climate varieties, just at 25 kms from the Pacific Ocean. The vines are drip-irrigated with water from wells which are 40 to 70 meters deep. At full production, yields of some 8 tons per hectare are to be expected. The vines are trained along a VSP system, 5.000 plts/ha.

Soil: The soils are red clay on the top and then a granitic decomposed type of soil, rich in quartz and iron. The pH is slightly acidic, between 6 and 7 - Organic material content is 1.5% – 2.5%

Rainfall: 360 mm per year. The rain falls mainly between May and September

Location: Casablanca Valley, 80 km west of Santiago and 25 km from the Pacific Ocean, which provides the area with a maritime influence.